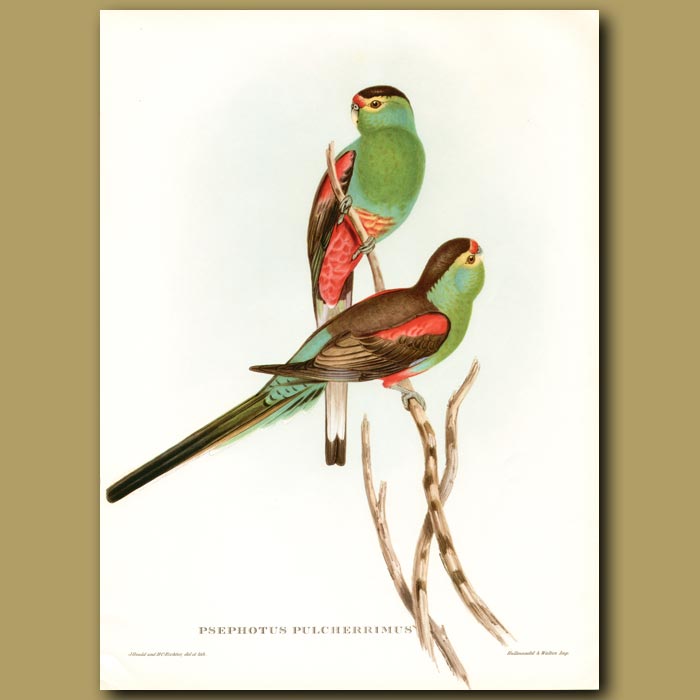 Now sadly extinct. Gould said "The graceful form of this new Parakeet, combined with the extreme brilliancy of its plumage, render it one of the most lovely of the Psittacidae yet discovered."

John Gould was the enterprising genius behind the creation of 2999 different hand­colored lithographic plates of birds and animals. He was born in 1804 on the Dorset coast in England. Gould had no formal university training and considered himself a self-made man. He gained his ornithological knowledge by observation and experience. Nevertheless his contributions to this science were so vast that in 1843 he was elected Fellow of the Royal Society. Making these prints was technically and artistically demanding. Gould's original sketches were transferred to stone with special pencils or chalk. They were printed by hand from the stones. Each print was hand-colored, and issued in small sets to subscribers only. As the prints were very expensive only a few hundred of the wealthiest people and institutions could afford them, accounting for their rarity today. This lithograph has shellac finishing which embellishes the colors, and is from a limited edition facsimile of the best of John Gould's tropical birds printed in Germany in 1955. 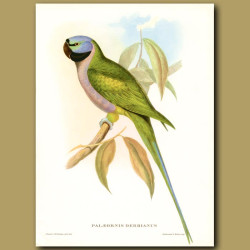 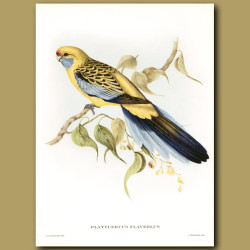 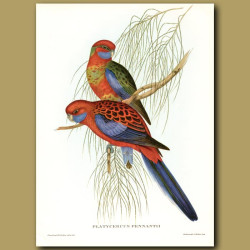 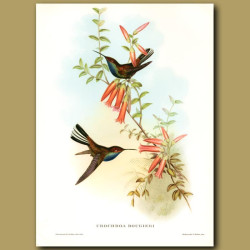 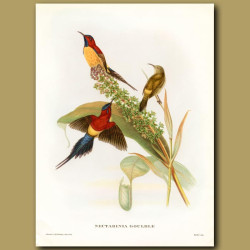 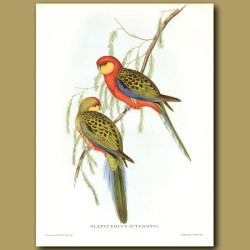 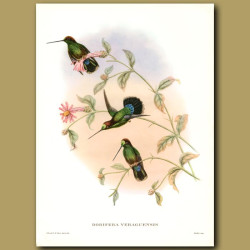 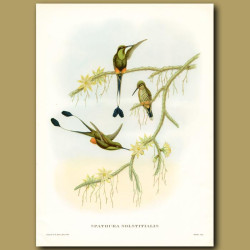 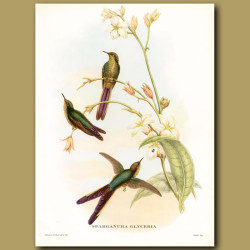 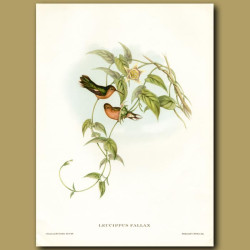