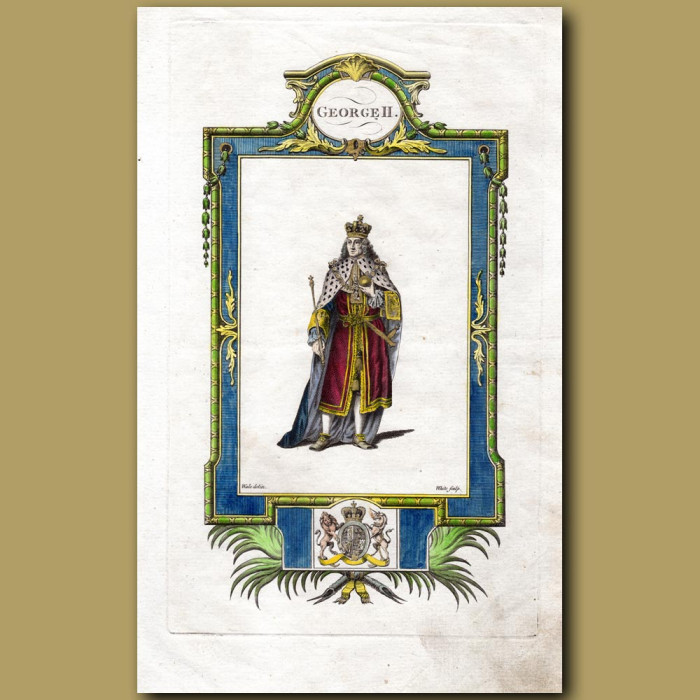 39 x 24 cm (15.25 x 9.5 inches)
This antique engraving was created in 1777 in London, England for William Augustus Russel's impressive work about the history of England. His work included famous scenes, portraits of royalty and ships.
It was made by copper plate engraving, has hand painted water colouring and well defined plate marks, is beautifully detailed and is on handmade, chain-linked paper. The engraving is on one side, the other side is blank. The paper has a lovely aged, creamy white patina. The border around the print is a little larger than shown. It is in good condition considering it is over 240 years old.
George II (1683-1760) was King of Great Britain and Ireland and a prince-elector of the Holy Roman Empire. He was born and raised in Germany. As king, he exercised little control over British domestic policy, which was set by Parliament. He was the last British monarch to lead an army in battle. In 1745 "Bonnie Prince Charlie" failed to depose George. For two centuries after George's death, history viewed him unfavourably due to his mistresses, short temper, and boorishness. Since then, reassessment concluded he influenced foreign policy more than previously realised. 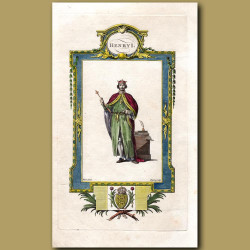