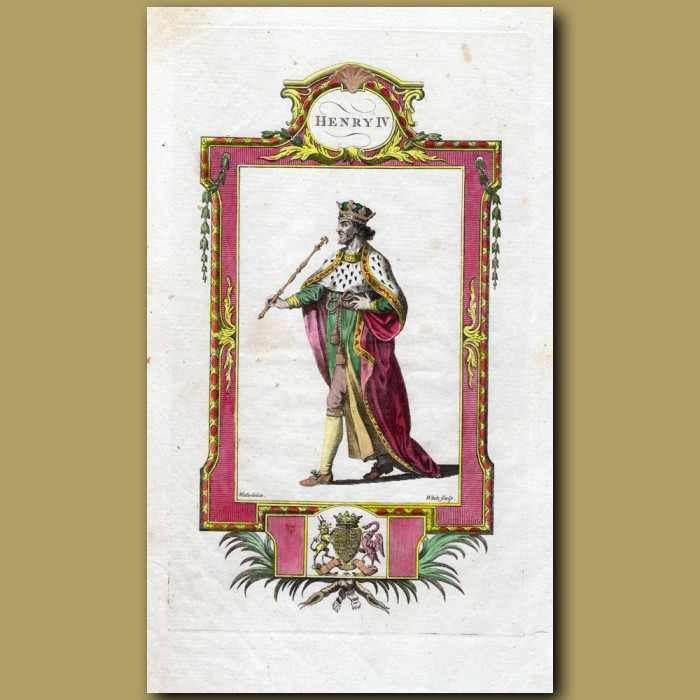 39 x 24 cm (15.25 x 9.5 inches)
This antique engraving was created in 1777 in London, England for William Augustus Russel's impressive work about the history of England. His work included famous scenes, portraits of royalty and ships.
It was made by copper plate engraving, has hand painted water colouring and well defined plate marks, is beautifully detailed and is on handmade, chain-linked paper. The engraving is on one side, the other side is blank. The paper has a lovely aged, creamy white patina. The border around the print is a little larger than shown. It is in good condition considering it is over 240 years old.
Henry IV (1367-1413) was King of England from 1399 to 1413. He was the first king since the Norman Conquest whose mother tongue was English, not French. Henry spent much of his reign defending himself against plots, rebellions, and assassination attempts. It was predicted he would die in Jerusalem. Shakespeare's play repeats this prophecy. Henry thought this meant that he would die on crusade. In reality, he died in the Jerusalem Chamber in the abbot's house of Westminster Abbey.