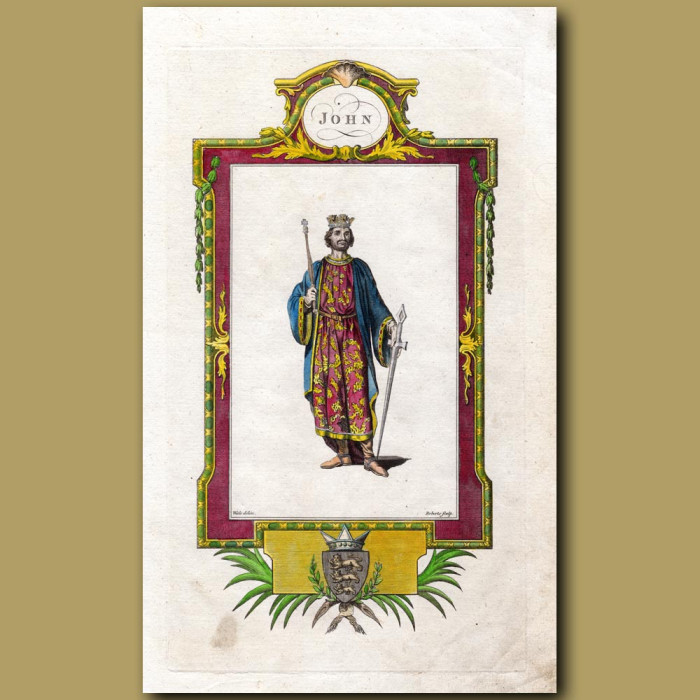 39 x 24 cm (15.25 x 9.5 inches)
This antique engraving was created in 1777 in London, England for William Augustus Russel's impressive work about the history of England. His work included famous scenes, portraits of royalty and ships.
It was made by copper plate engraving, has hand painted water colouring and well defined plate marks, is beautifully detailed and is on handmade, chain-linked paper. The engraving is on one side, the other side is blank. The paper has a lovely aged, creamy white patina. The border around the print is a little larger than shown. It is in good condition considering it is over 240 years old.
King John (1166-1216) was son of Henry II of England and Eleanor of Aquitaine. He became King of England in 1199 after his brother Richard I (The Lionheart) died. After disputes with John, his nobles forced him to observe the agreement called Magna Carta. This is very significant legal document in English history. It limited the power of the monarchy and made it follow certain laws. It gave the nobles more say in the government and inspired governments of many countries.