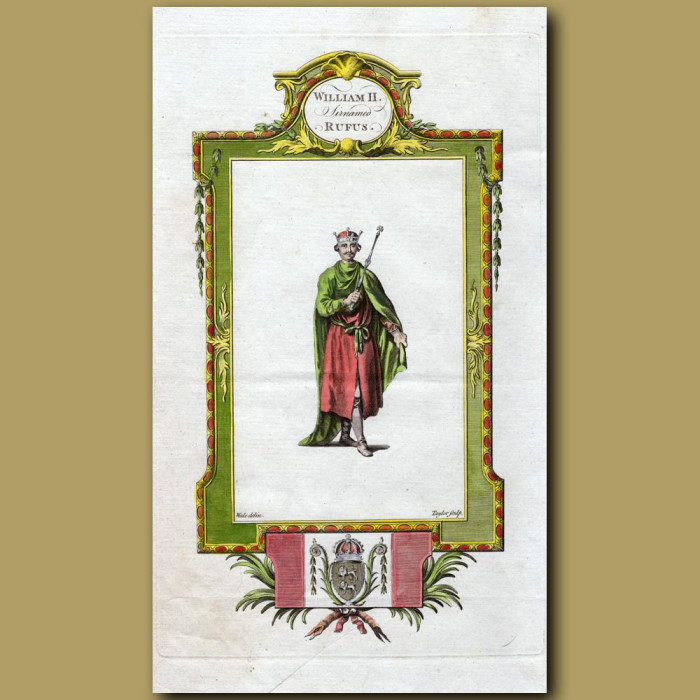 39 x 24 cm (15.25 x 9.5 inches)
This antique engraving was created in 1777 in London, England for William Augustus Russel's impressive work about the history of England. His work included famous scenes, portraits of royalty and ships.
It was made by copper plate engraving, has hand painted water colouring and well defined plate marks, is beautifully detailed and is on handmade, chain-linked paper. The engraving is on one side, the other side is blank. The paper has a lovely aged, creamy white patina. The border around the print is a little larger than shown. It is in good condition considering it is over 240 years old.
William II (1056-1100) was third son of William the Conqueror and King of England from 1087 to 1100. He is commonly known as William Rufus (Rufus being Latin for "the Red"), because of his ruddy appearance. He has been described as a rumbustious, devil-may-care soldier, without or social graces and addicted to every vice. On the other hand, he was a wise ruler and victorious general. He died after being hit by an arrow while hunting. There remain unproven suspicions of murder.