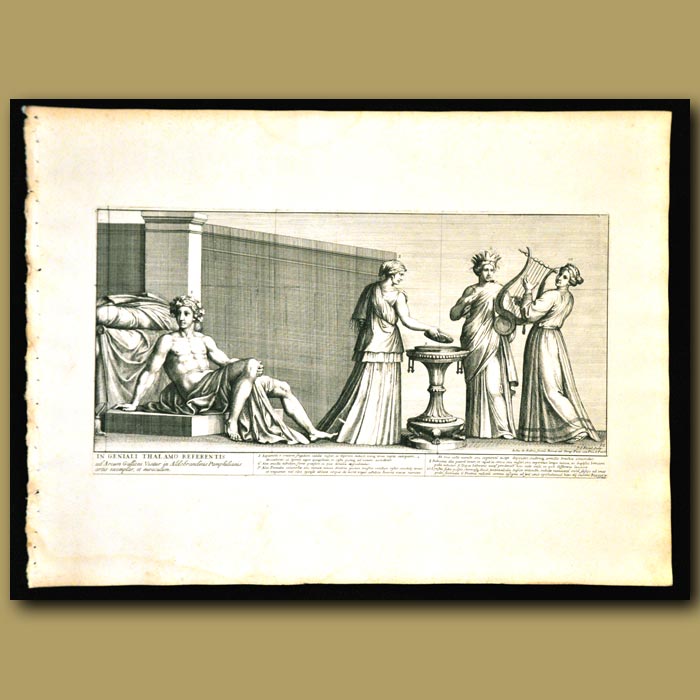 In Geniali Thalamo Referentis
The groom on the left, three women at right, one holding a vase above a water-basin, one playing the harp and one about to recite