Achelous In The Shape Of A Bull, Is Vanquished By Hercules 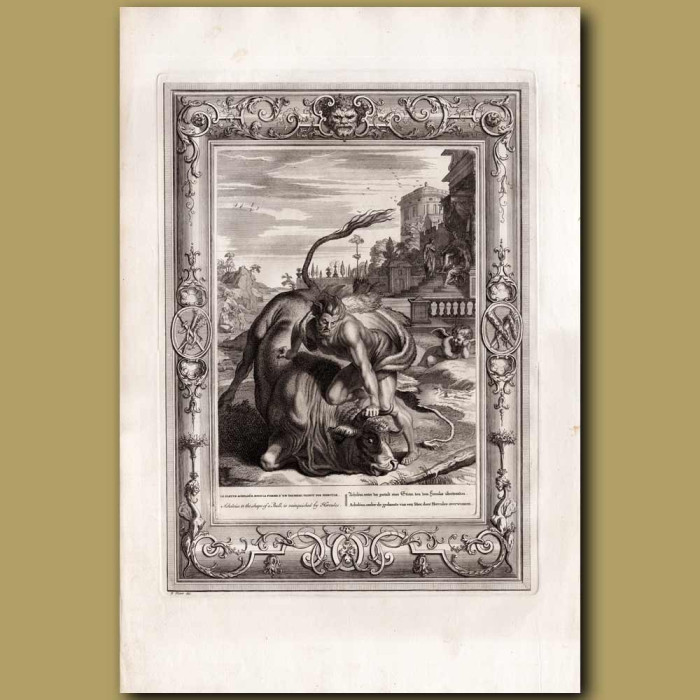 Achelous In The Shape Of A Bull, Is Vanquished By Hercules
US$195.00
Add to Cart
Buy Now Ask Question
Add to Wish List

48.5 x 32 cm (19.1 x 12.6 inches).
Achelous In The Shape Of A Bull, Is Vanquished By Hercules
This spectacular baroque engraving is from Bernard Picart's Le Temple Des Muses.
The engraving was made in 1733, is from the first edition and is an original antique. It has captions in French, English, German, and Dutch.
It is in very good condition for its age.
In Greek myth Achelous was the god associated with the Achelous River, the largest river in Greece. He was able to change his shape. Heracles (Hercules) was a divine hero and son of Zeus and Alcmene. He is famous for his strength and many adventures. In the form of a bull, Achelous wrestled Hercules for the right to marry Deianeira, but lost. In this superb engraving by Bernard Picart, Hercules overpowers Achelous whilst Cupid watches. The ornate border features a lions head and swords. 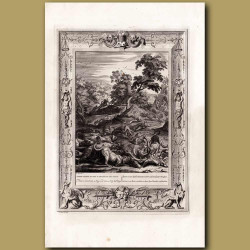