The Argonauts Pass The Symplegades 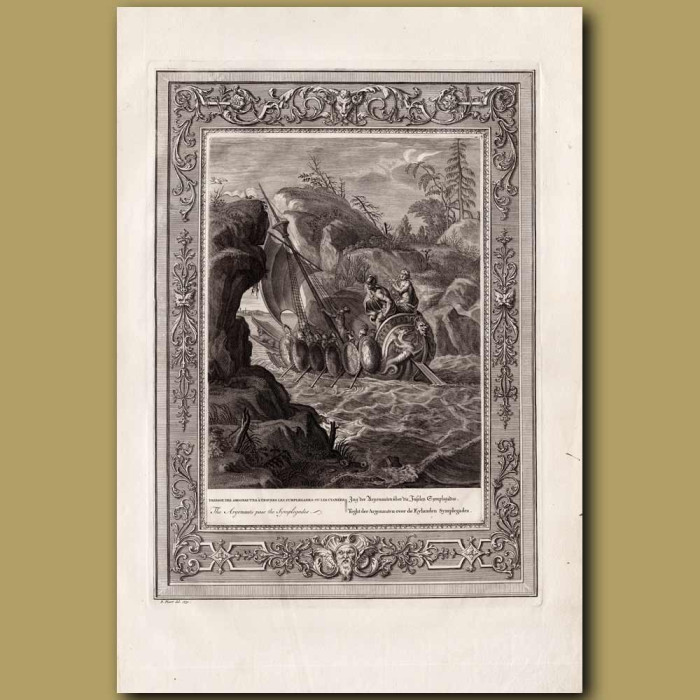 48.5 x 32 cm (19.1 x 12.6 inches).
The Argonauts Pass The Symplegades
This spectacular baroque engraving is from Bernard Picart's Le Temple Des Muses.
The engraving was made in 1733, is from the first edition and is an original antique. It has captions in French, English, German, and Dutch.
It is in very good condition for its age.
One of the most famous Greek myths is Jason's quest for the golden fleece. Jason was a hero and leader of the Argonauts. To reach the golden fleece they had to sail through the Symplegades (Clashing Rocks). These huge cliffs crushed anything that travelled between them. Phineus told Jason to release a dove. If the dove got through without being crushed, row with all their might. Jason released the dove which made it through. Seeing this, they rowed strongly, just making it through the clashing rocks to continue their quest. Picart's dramatic engraving shows this famous scene. Orpheus plays his lyre sitting on the stern which has a carved dragon.