Daphne Pursued By Apollo, And Turned To A Laurel 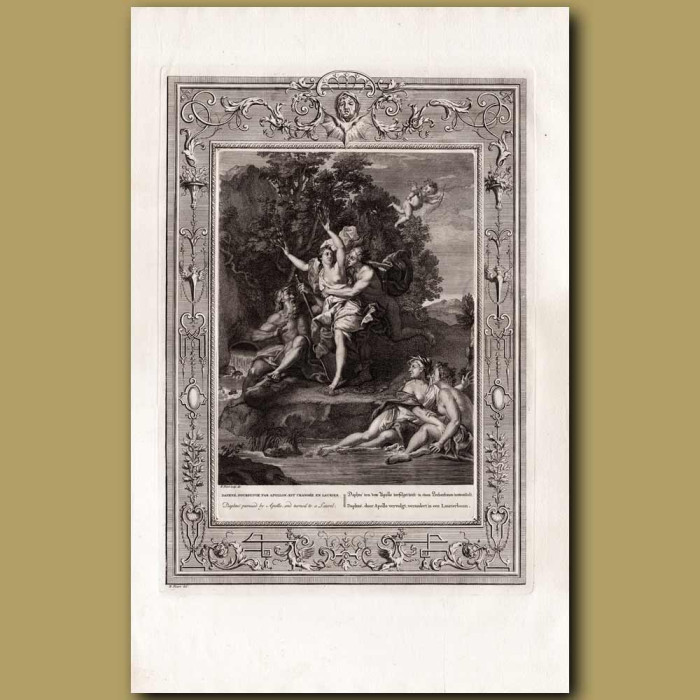 Daphne Pursued By Apollo, And Turned To A Laurel
US$195.00
Add to Cart
Buy Now Ask Question
Add to Wish List

48.5 x 32 cm (19.1 x 12.6 inches).
Daphne Pursued By Apollo, And Turned To A Laurel
This spectacular baroque engraving is from Bernard Picart's Le Temple Des Muses.
The engraving was made in 1733, is from the first edition and is an original antique. It has captions in French, English, German, and Dutch.
It is in very good condition for its age.
In Greek mythology, Daphne is a nymph associated with freshwater. She was cursed by Cupid to become the unwilling object of the infatuation of Apollo. Just before being kissed by him, Daphne invoked her river god father, who transformed her into a laurel tree. Apollo developed a special reverence for laurel. It became customary to award prizes in the form of laurel wreaths to victorious generals, athletes, poets and musicians. The Poet Laureate is a well-known modern example of such a prize-winner.