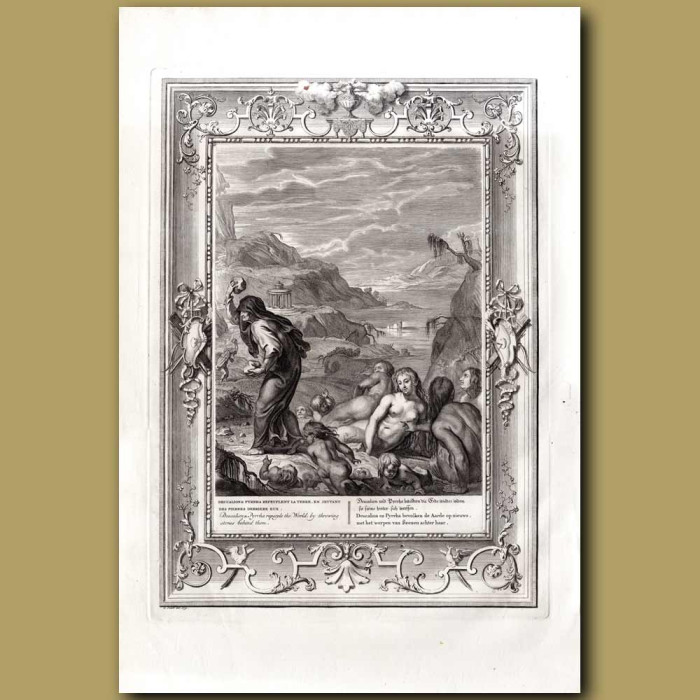 48.5 x 32 cm (19.1 x 12.6 inches).
Deucalion And Pyyrha
This spectacular baroque engraving is from Bernard Picart's Le Temple Des Muses.
The engraving was made in 1733, is from the first edition and is an original antique. It has captions in French, English, German, and Dutch.
It is in very good condition for its age.
In Greek mythology, shortly before the deluge, Prometheus warned his son Deucalion to make an ark. Deucalion and his wife, Pyrrha, floated on the flood for nine days and nights. On the tenth day the deluge ended and they landed on Mount Parnassus, where the Oracle of Delphi lived. Deucalion prayed to the oracle, asking for humanity to be renewed. The oracle replied "veil your heads, remove the girdles of your robes and cast behind you the bones of your ancestors." The couple correctly interpreted the 'bones' to mean the 'stones of mother earth' so threw stones over their shoulders. Those cast by Pyrrha became women and by Deucalion became men. Humanity was reborn and regarded Deucalion as the father and first King of the Hellenes.