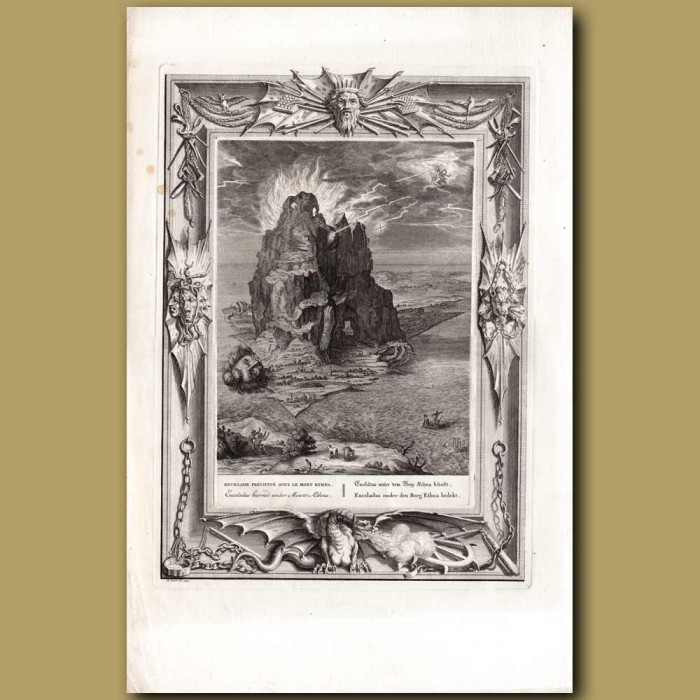 48.5 x 32 cm (19.1 x 12.6 inches).
Enceladus Buried Under Mount Aetna (Etna),
This spectacular baroque engraving is from Bernard Picart's Le Temple Des Muses.
The engraving was made in 1733, is from the first edition and is an original antique. It has captions in French, English, German, and Dutch.
It is in very good condition for its age.
In Greek mythology, Enceladus was the most powerful of the Titans. The Olympians defeated the Titans and buried Enceladus alive under Mount Etna. When Enceladus turns over, the island of Sicily quakes. The flames of Etna's volcano are the breath of Enceladus.