Lycaon Metamorphosed Into A Wolf 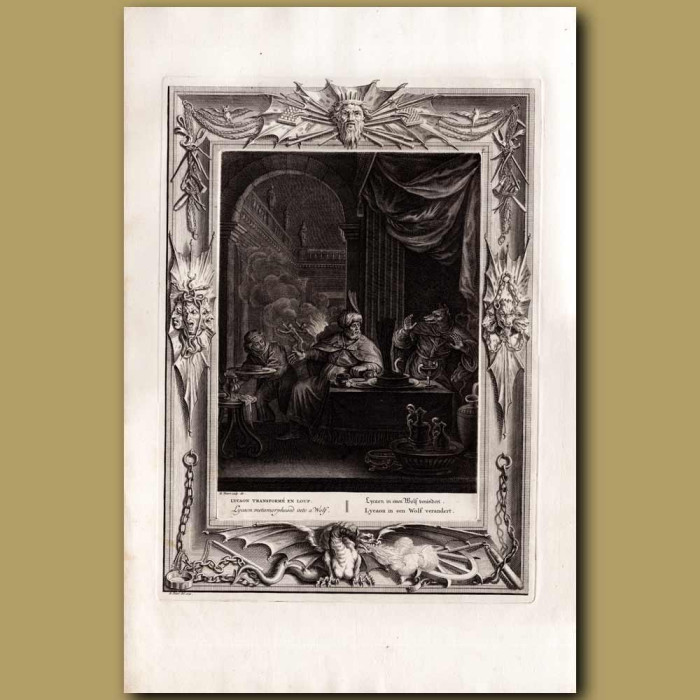 48.5 x 32 cm (19.1 x 12.6 inches).
Lycaon Metamorphosed Into A Wolf
This spectacular baroque engraving is from Bernard Picart's Le Temple Des Muses.
The engraving was made in 1733, is from the first edition and is an original antique. It has captions in French, English, German, and Dutch.
It is in very good condition for its age.
Lycaon, in Greek mythology, a legendary king of Arcadia. Traditionally, he was an impious and cruel king who tried to trick Zeus, the king of the gods, into eating human flesh. The god was not deceived and in wrath devastated the earth with Deucalion's flood, according to Ovid’s Metamorphoses, Book I. Lycaon himself was turned into a wolf