Prometheus Tortured By A Vulture 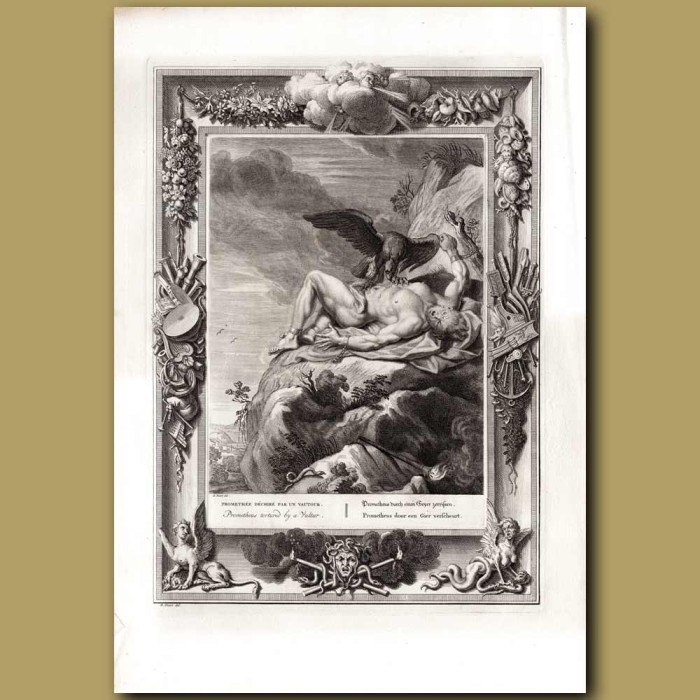 48.5 x 32 cm (19.1 x 12.6 inches).
Prometheus Tortured By A Vulture
This spectacular baroque engraving is from Bernard Picart's Le Temple Des Muses.
The engraving was made in 1733, is from the first edition and is an original antique. It has captions in French, English, German, and Dutch.
It is in very good condition for its age.
In Greek mythology, Prometheus was a Titan. He stole the gift of fire and gave it to men. As punishment, Zeus had Prometheus chained to the summit of Mount Caucasus. A vulture ate his liver everyday. Each night his liver renewed, creating a continual punishment. Eventually Hercules killed the eagle and broke Prometheus's chains.