Semele Is Consumed By Jupiter's Thunder 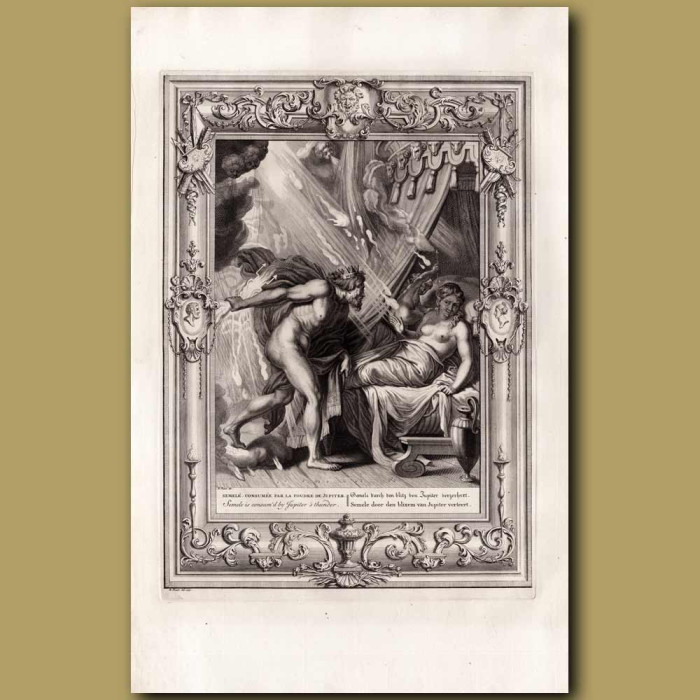 48.5 x 32 cm (19.1 x 12.6 inches).
Semele Is Consumed By Jupiter's Thunder
This spectacular baroque engraving is from Bernard Picart's Le Temple Des Muses.
The engraving was made in 1733, is from the first edition and is an original antique. It has captions in French, English, German, and Dutch.
It is in very good condition for its age.
In Greek legend Semele was the daughter of Cadmus and Harmonia. Coupling with Zeus, she was the mother of Dionysus (Bacchus). Zeus promised to grant her anything. She demanded Zeus reveal all his glory as proof of his divinity. Though Zeus begged her not to ask this, she persisted and he was forced by his oath to comply. Zeus tried to spare her by showing her the smallest of his lightning bolts. Mortals cannot look upon the gods without incinerating, and she perished, consumed by lightning.