The Barge Of The Goldsmiths' Company, Built 1778 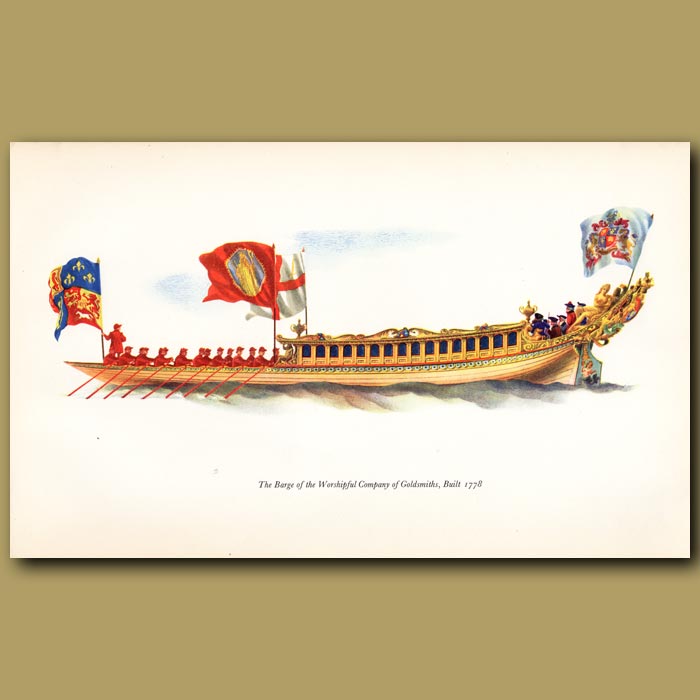 The Barge Of The Goldsmiths' Company, Built 1778
US$50.00
Add to Cart
Buy Now Ask Question
Add to Wish List

38 x 23cm (14 x 9.1 inches).
The Worshipful Company of Goldsmiths is one of the Great Twelve Livery Companies of the City of London. The Company was first established as a medieval guild for the goldsmith trade. The word hallmarking derives from the fact that precious metals were officially inspected and marked at Goldsmiths' Hall, the Company's HQ. Today, the Company is one of the few Livery Companies still to play a formal role in its ancient trade.

This high quality vintage lithograph was made in Great Britain in the early 1950s. The paper is thick and light creamy white in excellent condition and is blank on the reverse side.

From the time of Henry VIII onwards, spectacular state barge processions became popular on the River Thames. The processions comprised of royal barges, the Lord Mayor's barge and livery company barges. The livery companies evolved from London's medieval trade guilds. These wealthy, ancient companies, such as The Goldsmiths, became (and some remain!), very wealthy and politically powerful in The City of London. Their magnificent barges projected the power and success of their owners to the public. 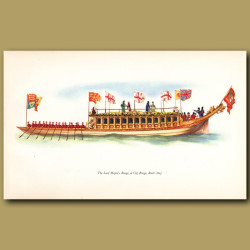 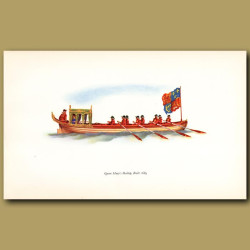 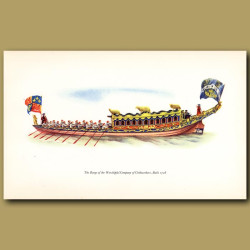 The Barge Of The Clothworkers' Company, Built 1728
38 x 23cm (14 x 9.1 inches).The Worshipful Company of Clothworkers was incorporated by Royal Charter in 1528. The original craft of the Clothworkers w..
US$50.00
Add to Cart
Add to Wish List
Buy Now Ask Question 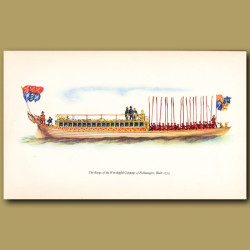 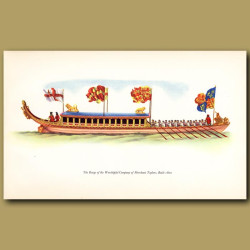 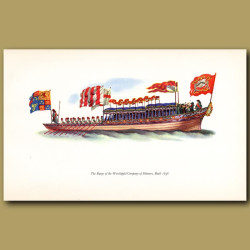 The Barge Of The Skinners' Company, Built 1656
38 x 23cm (14 x 9.1 inches). The Worshipful Company of Skinners is one of the Livery Companies of the City of London. It was originally an associatio..
US$50.00
Add to Cart
Add to Wish List
Buy Now Ask Question 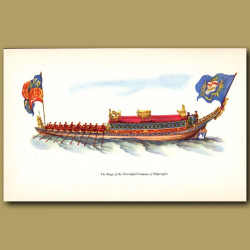 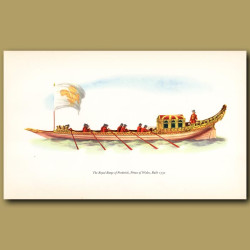 The Royal Barge Of Frederick, Prince Of Wales, Built 1732
38 x 23cm (14 x 9.1 inches). The Royal State barge made for The Prince of Wales This high quality vintage lithograph was made in Great Britain in the ..
US$50.00
Add to Cart
Add to Wish List
Buy Now Ask Question